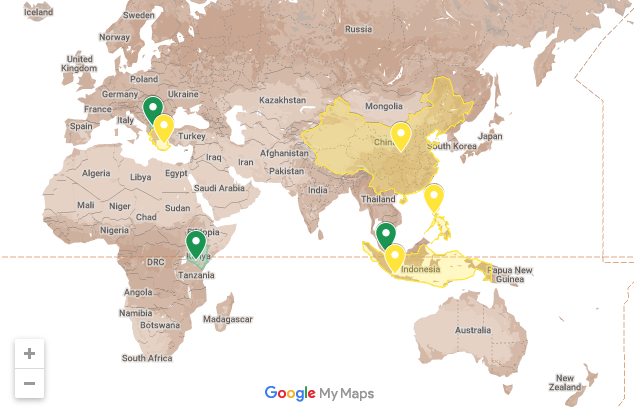 The TRICI-Law Team is extremely excited to announce the launch of our National Report Page. Currently, three reports have been completed by our National Research Teams (NRTs): Kenya, North Macedonia, & Singapore, with more reports to follow.

YOU CAN FIND THE NATIONAL REPORT PAGE HERE

The National Research Teams (NRTs) of the TRICI-Law project are a collaborative research effort between TRICI-Law and national research institutions in various countries of the world. The NRTs of the TRICI-Law project are formed with the objective of conducting research into the domestic legal system of their country, in order to ascertain how the legal system deals with the concepts of domestic and international customary law. More specifically, the teams have the objective of exploring how domestic legal theory deals with the issue of interpretation of custom (both domestic and international), and whether and how domestic courts interpret customary law.

The main objective of each national research team is to compile a list of domestic cases where judges have engaged in the application and interpretation of either domestic or international customary law. In addition to this, each national team also prepares a short summary presentation of the domestic legal systems they are researching, a list of domestic literature that discusses customary law, and a list of keywords developed by the research team for the purpose of navigating their research.

The information collected by the national research teams is compiled in a final report which each team will produce at the end of their research. The reports are available via the TRICI-Law website, as open access documents available to the wider public.

This site uses Akismet to reduce spam. Learn how your comment data is processed.